Reliance Jio has been successful in collecting over 16 million subscribers in just 26 days! So obviously, other telecom operators are in trouble (at least till 1st January 2017). That’s why they are giving great offers now a days to keep a hold on their loyal customers.

Yesterday, Aircel came up with a new 3G plan which promises to give 1GB 3G data at just 24 Rs. But as usual, there are some hidden terms & conditions which nobody speaksever. So let’s check out complete details of this plan.

Note : Plan is available only in specific circles where Aircel’s 3G network is available.

It should be noted that, the above listed tariffs are city specific. Means, in your city tariffs may vary from 24 Rs to 41 Rs. 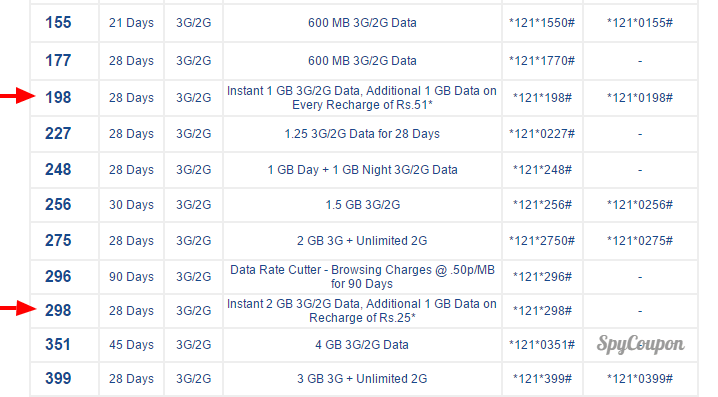 Suppose you have activated 298 Rs pack which gives you 2GB instantly for 1 month. Now you are consuming daily 1GB data @24 Rs.

According to me, yes it is. But it’s is also true that the data is 3G and not 4G. So, if you are okay with Aircel 3G speed, then you can surely try this plan.